Add another dimension of fun to the bedroom when the lights are out with these EXS glow in the dark condoms. The perfect condom for ‘after hours’ use, simply place the condom in a strong light for 30 seconds, either in the wrapper or while you’re wearing it and it will glow brightly for 15 minutes followed by an after glow for some time after that.

Please note that all condoms are clear, they just feature different coloured foils. 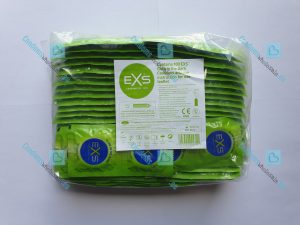 There are no reviews yet.

Be the first to review “EXS Glow in the Dark 100pcs.” Cancel reply