Condoms are cool, okay? Not only are they available in all sorts of styles now—ribbed, ultra-thin, flavored, warming, etc.—but they also help prevent against unwanted STIs and pregnancy.

Unfortunately, many hetero women have encountered a “Chad” who’s claimed: “Oh, condoms don’t feel good!” or “I can’t orgasm with this on!” or “Ugh, it ruins the moment.” As much as you *really* sympathize that he has to wrap up his D in latex, those excuses just aren’t valid.

And if he insists, there’s a super-easy condom trick that can actually make wearing condoms better and more comfortable:

“Add a few drops of water-based lube to the inside of your condom before you put it on,” says sex researcher Maureen Miller, PhD. “Men report being amazed at how much better it feels.”

While most condoms come with lubrication on the outside of them, adding one or two drops into the tip of the condom before putting it on and rolling it down can make it feel way more comfortable for a dude. I mean, think about how good lube feels for you….

If you’re worried that the extra lubrication might make the condom more susceptible to breaking or falling off, remember: You’re only adding a little bit of lube. 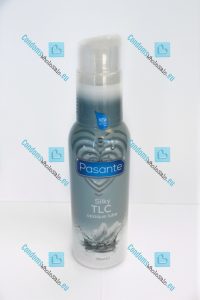 “Condoms are mighty hard to break, although not impossible. The number one reason for condom breakage is that the condom was not put on properly. The tip must be squeezed as the condom is being rolled down the penis so that there is room for ejaculate. Otherwise, the condom can burst,” says Miller. In other words, if your condom breaks, it’s because you didn’t put it on properly…not because of the extra drops of lube.

An entrepreneur out of Calgary, Alberta is hoping to change the way you buy condoms. Joey Pomerleau, a student from Mount Royal University, has just launched the condom subscription service Wednesday Co., offering a top Read more…

People are filming their mum’s reactions whilst they shop for condoms. Picture: Twitter:@vibrantcurlz This just might be one of the riskiest internet challenges yet… When it comes to preparing yourself for sex, you probably don’t Read more…

4 Things To Try When Your Partner Finds Condoms Painful!

The use of condoms sits high atop the list of safe sex practices that people can imbibe but the truth is not everyone enjoys the use of condoms during sex. Although men come to mind Read more…